Bad news ladies – apparently women’s faces age much faster than men’s, and it’s all down to the menopause.

Aging is a part of life and beauty won’t hang on forever. It’s an unfortunate fact that as we get older, our skin will start to sag and wrinkle, turning our once fresh face of youth into a lined map of age and experience. But is there a difference between the aging characteristics of men and women?

Researcher from the University of Vienna have recently published a study in which they used computers to measure and map the changes in almost 600 parts of the face in men and women ages 26 to 90. The results showed that there were similar rates of change for the two sexes between the ages of 40 and 50, but after 50, age-related changes began to speed up in women. Not coincidentally, 50 happens to be the average age at which menopause starts. 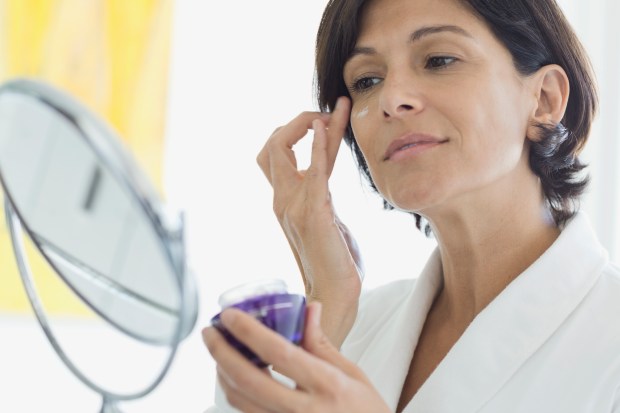 Once women hit menopause, they rapidly experienced noticeable changes such as their nose and ears lengthening, eyes appearing smaller, and faces becoming flatter due to loss of fat and thinning of the skin. This accelerated process continued until age 60, after which the changes over time were less drastic.

The researchers believe that this acceleration is due to the loss of the sex hormone estrogen after menopause. Estrogen has significant effects on the protein collagen, which is what gives skin its elasticity, and causes bone to be re-absorbed, which has an effect on the chin and cheekbones.

In their study, the research team found that features of aging were generally similar between men and women. This included a flatter face, sagging skin, deeper lines between the nose and corner of the mouth, smaller visible areas of the eyes, thinner lips, and a longer nose and ears. However, even before age 50, women’s faces aged twice as fast as men. And between the ages of 50 and 60, the “aging trajectory” was up to three times faster. 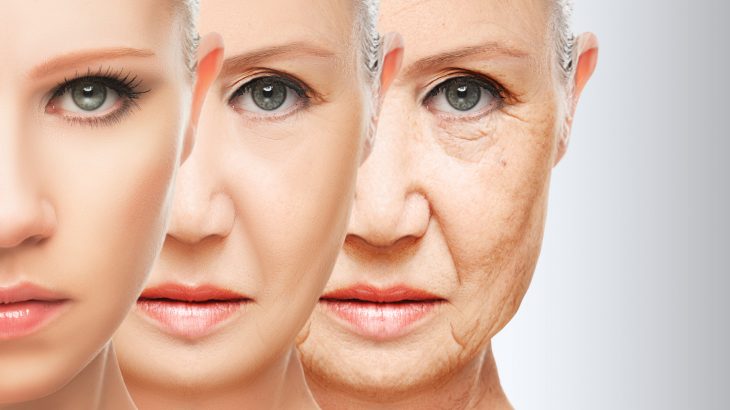 “Men and women age similarly up to the age of 50,” says Sonja Windhager, who led the research. “It’s a linear progression. But at the age of 50, for women, it goes really fast. It doesn’t speed up at 50 for men.”

Windhager is quick to point to menopause as the main culprit behind this acceleration.

“After the age of 50, the best predictor of how old you look is your age from menopause,” she says. “The onset of menopause varies in women quite a lot. On average, it is around the age of 50, with a variation of around ten years, with on average some women starting at 40 and some as late as 60. This seems to determine facial shape more than actual age.”

Research showed that eyes appear smaller, nose and ears lengthen and faces become flatter due to fat loss and the thinning of the skin.

It is believed the loss of sex hormone oestrogen has an affect on protein collagen, which is responsible for giving skin its elasticity.

Roughly 30 percent of skin collagen is lost during the first five years of menopause.

Scientists involved in the study also state that bone is reabsorbed, therefore causing cheekbones to lose definition and the chin to shrink. 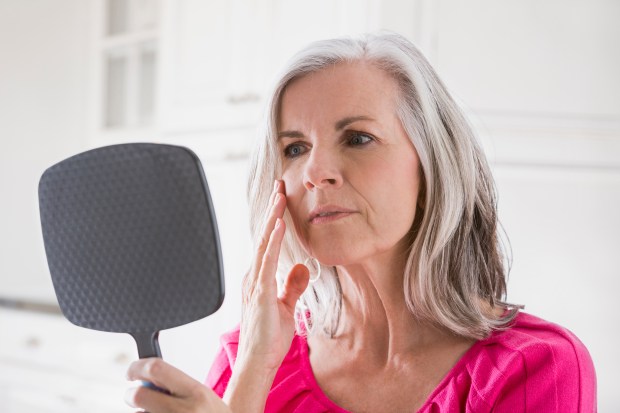 The findings, which were published in the American Journal of Physical Anthropology, suggested that both men and women tend to age in a similar way.

But after the age of 50, they found that women can age twice as fast as men. This process can become three times faster after between the ages of 50 and 60.

Researchers examined the faces of 88 men and women and contrasted and compared them between various age groups.

Research leader Sonja Windhager said: “Men and women age similarly up to the age of 50.

Sonja added: “After the age of 50, the best predictor of how old you look is your age from menopause. The onset of menopause varies in women quite a lot.

“On average, it is around the age of 50, with a variation of around ten years, with on average some women starting at 40 and some as late as 60.

“This seems to determine facial shape more than actual age.”