Using sunscreen is vital for protecting our skin from the effects of the sun’s harmful rays all year round.

It’s the best anti-ageing solution because it helps to prevent sunburn and skin damage.

But, a study has warned sun-worshippers against using homemade sunscreen.

The research was carried out by Center for Injury Research and Policy at the Nationwide Children’s Hospital and the Brooks College of Health at the University of North Florida and published in the journal Health Communication and Medical News Today . 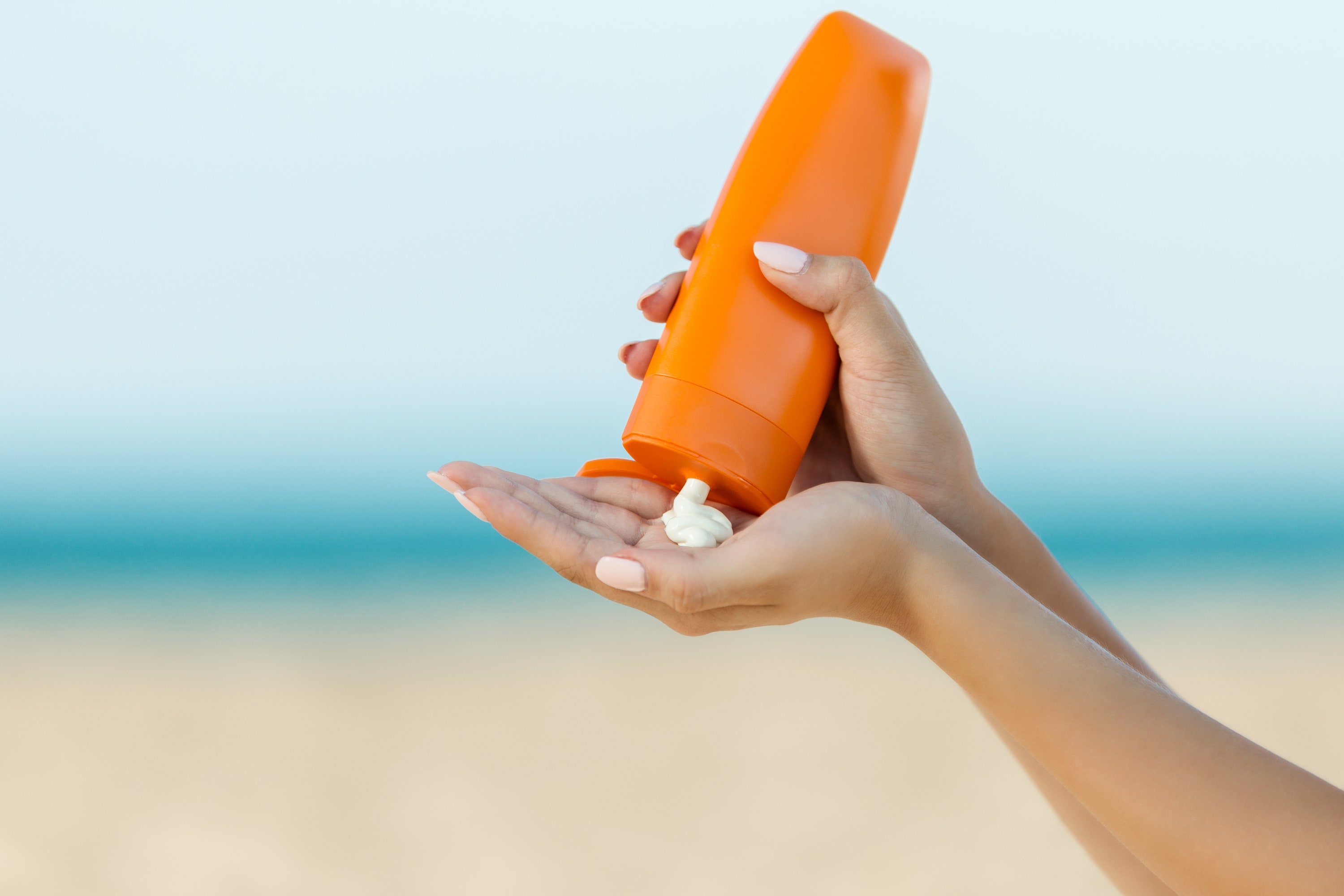 The scientists looked at how do-it-yourself recipes were rated by users on social media site Pinterest. They found that the vast majority (92%) of saved posts on the site suggested these creams were effective in protecting skin against the sun’s rays.

However, the researchers say that over two-thirds (68%) of the sunscreen recipes on the site did not provide adequate UV protection. They noted that many of these products had not been tested by specialists and could offer extremely limited or no protection at all.

If you love DIY beauty then at some point you might have investigated making your own homemade sunscreen. We want to show you in this blog post that DIY sunscreen is an all-round bad idea.  We don’t teach our students how to make sunscreen formulations in our courses for exactly the 5 reasons we describe below.

Making sunscreen can divide whole rooms of formulators. It is understandable that some people want to be able to make their own homemade sunscreen as they raise concerns about the chemicals used in mainstream sunscreens. However, many formulators also understand that making sunscreens will require expensive and extensive research and testing.

Once you start to investigate homemade sunscreens on the internet, you’ll find a huge array of different recipes that range from using basic oils to the use of ingredients such as zinc oxide and titanium dioxide.

How do sunscreens work?

Sunscreens are formulations used to mitigate or alleviate the adverse effects of ultraviolet radiation on skin, which is the most important avoidable cause of skin cancer. Sunscreens can be made using inorganic and organic filters, that work to reflect or absorb UV radiation.

The most commonly used inorganic ingredients, also referred to as physical or mineral agents, are Zinc Oxide (ZnO) and Titanium Dioxide (TiO2). These two ingredients are also most commonly found in homemade sunscreen recipes found online.

Inorganic sunscreens work by creating an armour on the surface of the skin, which reflects and scatters UV rays. The effectiveness of this kind of sunscreen is totally dependent on the film formation on the skin, which must be completely even for a good protection.

Organic, or also called chemical sunscreens, work mostly by absorbing the sun’s rays. These ingredients must be photostable and well stabilised in the formulation to be active. Chemical sunscreens are the ingredients that are more likely to cause allergic reactions and are usually more irritating to the skin, which is why physical ingredients are mainly found in homemade sunscreen recipes.

“Homemade sunscreen products are risky because they are not regulated or tested for efficacy like commercial sunscreens. When you make it yourself, you don’t know if it’s safe or effective.”

According to researchers, the ingredients recommended in many homemade sunscreen recipes offer “minimal scientifically proven broad-spectrum protection” from UV radiation, yet they are widely promoted as safe alternatives to commercial sunscreen products.

Recipes found on Pinterest often include ingredients such as shea butter, coconut oil, almond oil, zinc oxide, and beeswax. Many of the posts raise concerns about the chemical content of commercial sunscreens, or speak of the benefits of “all-natural” SPF protection.

Most recipes were saved an average of 808 times on Pinterest. One pin was saved more than 21,700 times by users, according to researchers.

“Just because you make it yourself or something is labeled as natural or has fewer ingredients doesn’t necessarily mean it’s safer,” read the study.

In Canada, sunscreens are subject to the Food and Drugs Act (FDA) and its regulations.

Following several reports of skin reactions associated with the use of Banana Boat sunscreen in 2017, Health Canada tested 27 sunscreen products from various companies to verify whether they were within an acceptable pH range, and contained the proper ingredients listed on the label.

Health Canada found no issues with the 27 products tested. The government agency also reported that none of the sunscreens contained preservatives known to cause skin reactions.

According to Health Canada, a broad-spectrum sunscreen with a SPF of 30 or higher should be used at least 15 minutes before sun exposure.

It’s recommended that you reapply sunscreen at least every two hours, more often if you are sweating or swimming.

To get the full benefit from your sunscreen, be sure to check the bottle for the recommended amount. Health Canada says an adult should use about 7 teaspoons, or 35 ml, of sunscreen to cover all areas of exposed skin—that works out to about a teaspoon per body part.

For those with sensitive skin, it’s recommended that you test your sunscreen on a small patch of skin and wait 48 hours for a reaction.

Additionally, avoid leaving your sunscreen in direct sunlight, or in a hot car. Exposure to heat can cause sunscreen to be less effective.